Sruthin Lal and Dibyaudh Das are two young journalists who made an extraordinary effort to report the current migrant crisis in India caused by the sudden imposition of the nationwide lockdown to contain the COVID-19 pandemic, announced by Prime Minister Narendra Modi on March 24.

The duo cycled from the national capital to Lucknow to understand what the migrants were going through. It took about 10 days for them to complete the journey. NewsClick met with the journalists to find out about their experience. Excerpts of the interview are given below.

As part of a comprehensive campaign of ethnic cleansing in the Jerusalem neighborhood of Sheikh Jarrah, the Israeli government has been evicting Palestinians from their homes and handing them over to Jews. These evictions sparked protests which are documented in a film produced by Just Vision, titled “Home Front: Portraits From Sheik Jarrah.”

The film, like the many news reports covering Sheikh Jarrah, focuses on the battle between the residents of the neighborhood, the violent settlers who are moving into their homes, and the Israeli legal system which by and large favors Jews over Arabs. Yet little is said about the historical significance that Sheikh Jarrah holds as a neighborhood of Jerusalem.

The old Sheikh Jarrah Mosque sits on the right side of Nablus Road, just past the American Colony

As Covid-19 began spreading across the African continent in late March, the U.S. State Department took to Twitter to boast about American health assistance there. A March 25 tweet from the department highlighted more than $100 million in U.S. medical assistance to foreign countries, including in Africa, as evidence of America’s emphasis on mitigating “endemic and emerging health threats” and its “long-term investment in the lives of Africans.”

When it comes to Africa, the messaging suggests, America’s focus is on saving lives, not ending them. But a wealth of evidence reveals that the opposite is true in the two African countries of greatest interest to the U.S. military: Libya and Somalia.

Since U.S. Africa Command became fully operational in 2008, American troops have seen combat in more than a dozen African countries and conducted more than 1,500 air attacks, commando raids, and other ground missions in Libya and Somalia alone. Yet these two countries, where U.S. forces have spent

Donald Trump’s campaign to change the subject from the coronavirus pandemic took a bizarre turn on Thursday, as the president paused during a speech at a Ford Motor Company plant in Michigan to praise the “good bloodlines” of the family descended from the firm’s founder, Henry Ford, a notorious anti-Semite and favorite of Adolf Hitler.

In an apparent ad-lib, Trump looked up from his prepared remarks — which praised the firm for teaming up with General Electric to produce ventilators and face shields for medical workers — to observe that Henry Ford’s descendants, like the current chairman, Bill Ford, who had introduced the president, have “good blood.”

With over 80% of India’s workforce employed in the informal sector and one-third working as casual labour, Covid-19’s spread and subsequent unplanned lockdowns, have created economic havoc in the lives of millions. In this post, Reetika Khera puts forward suggestions on what can be done to help people immediately, ranging from cash and in-kind assistance to special measures for migrants in urban areas and urgent health-related measures.

The spread of the Coronavirus Disease 2019 (Covid-19), and subsequent unplanned lockdowns to control its further outbreak have created an economic havoc in the lives of millions who are part of the informal sector – not just daily wagers, but also the gig economy workers. According to the Employment-Unemployment Survey, 2015-16, over 80% of India’s workforce is employed in the informal sector; one-third are casual labourers.

Within 24 hours of the Prime Minister’s address on 19 March, crowds at railway and bus stations across

Food poverty in the U.K. is on the increase. In 2012, the Trussell Trust, an association of charities and church groups that run food banks and publish food bank data each year, reported a 170% increase in food bank distribution in the U.K. compared to the previous year. A report released by the Red Cross about the devastating humanitarian impacts of the financial crisis across Europe revealed a 75% rise in the number of people relying on food aid in the last three years. According to the report, at least 43 million people throughout Europe are deprived of food daily, and 120 million are at risk of poverty.

every bust creates even bigger bubble 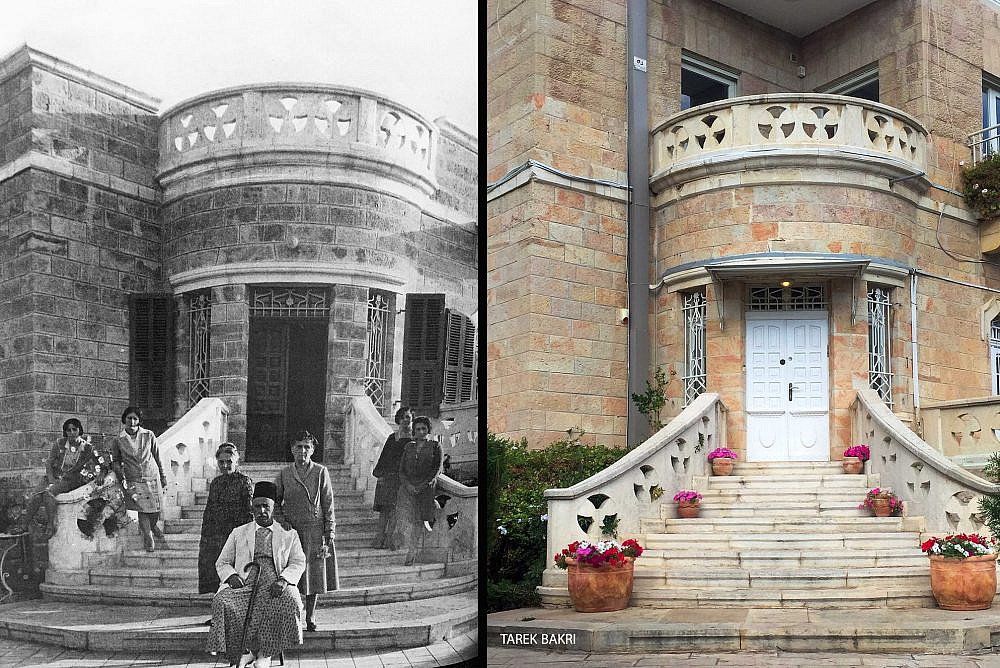 Two decades after building this house in Jerusalem’s Talbiya neighborhood and posing for a photo with his family, Shukri Al Jamal was expelled from his home during the Nakba, along with the rest of the neighborhood’s Palestinian residents. The home is now populated by Jewish Israelis. (Courtesy of Tarek Bakri)

A few months ago, I was scrolling through Facebook when a video really caught my attention. I tapped the unmute button to hear a young Palestinian woman, Nour, tell her grandmother over the phone: “Sitti, I’m standing in front of the palm tree you told me about.”

There’s nothing particularly appealing about the video itself — the image is shaky, and it’s difficult to make out Nour’s words over the strong wind.