The piece deals with the importance of a script for a language. It attempts to understand the following concerns: Why every language should possess its own script? What are the advantages languages with script have over those who lack it? How is the survival of a language complemented by its written form? Special emphasis is given to the Tankri script of the Western Pahari dialects which is at the verge of extinction. The attempts of linguists, especially Yatin Sharma from Himachal Pradesh, is outlined at the end. This piece is a call to authorities and language enthusiasts to fully recognize the need to preserve minority and scattered linguistic entities.

Communication with the use of a complex system of language is a defining feature that distinguishes humans from other organisms. The same has also kept scientists, linguistics and even historians interested in studying languages and how it shapes the world around us. Initially, language developed as a communication tool and the primary objective was to pass on information in daily life. As man settled down in river valleys and ended the life of hunter-gatherers to farmers it was required that simply passing on information directly to a person was not enough, there was now a demand to retell the information from one person to another. If man wanted to survive, gather, and spread the information he learned of agriculture to his peers then a more complex way that could accommodate retelling of information was required. Slowly it evolved to be an expression of self and humans

Pahari – Western Pahari – surprisingly, is one of the largest minority languages in the United Kingdom.

Close to a million people living in the country speak dialects of the language which is mostly spoken in parts of Himachal Pradesh, Jammu and Kashmir as well as the areas bordering Pakistan, which together lead to the formation of the Western Pahari Belt.

The recent efforts of the Pahari speaking people of England to have this significant community language recognised in the UK, through encouraging people to state their language as Pahari in the national census, deserves praise and the people of the entire Western Pahari Belt, especially Himachal Pradesh, can also learn from this move in order to preserve our linguistic heritage.

Western Pahari was classified as a language category by renowned linguist Sir George Abraham Grierson for languages spoken in what can be referred to as the Western Pahari Belt,

It may come as a surprise to many people, but it’s true: Bengali had a chance to be India’s top language. The idea was killed after it faced stiff resistance from no one but Bengalis themselves, the rich and powerful ones, who favoured Persian.

The Bengali-Persian quarrel may be dead, but the politics of language is very much alive and well in India even today, nearly 200 years after the earlier episode played out.

With Prime Minister Narendra Modi’s Hindu-centric Bharatiya Janata Party pushing to impose Hindi as India’s national language, linguistic chauvinism is back to being centre stage in this nation of 1.4 billion people.

The government has backed off for now in the face of strong opposition from non-Hindi speakers, who account for 75% of the country’s population, but the war still rages on.

The fight has a history going back to 1800s when the British started thinking they were going to rule India for a long time. To prepare for it, they embarked upon patching

A tiny grain of millet may have given birth to one of the most mysterious—and widespread—language families on Earth, according to the largest study yet of linguistic, archaeological, and genetic evidence from about a dozen countries across Asia. The Transeurasian languages, sometimes known as Altaic, include the languages of Siberia, Mongolia, Central Asia, and possibly Japan and the Korean Peninsula. The new study suggests the language family arose in northeastern China 9000 years ago, expanding with the spread of agriculture.

“It’s convincing,” says Peter Bellwood, an archaeologist at Australian National University who wasn’t involved with the work. “Languages don’t just go wandering off by themselves; they expand because the people who speak those languages spread.” Farming, he adds, is a strong reason for such an expansion.

The origins of so-called Transeurasian languages—about 80 at the highest count—are hotly debated. Some linguists believe they sprang from the same source, but others say extensive borrowing between ancient languages explains why certain sounds, terms, and grammatical features are common among many tongues, from Turkish to Tungusic. Some

The decision to include Kashmiri, Dogri and Hindi in the list of officially accepted state languages in Jammu and Kashmir does not promote inclusivity, as has been projected.

In fact, it uses language as a political tool to further widen the gap that has been polarising identities in an otherwise abundantly diverse ‘state’ for a long time now. Much has been said about the exclusion of Pahari, Punjabi and Gojri from that list.

In 1991, the Gujjars and Bakerwals were granted Scheduled Tribe status among others from a reviewed list of ethnicities forwarded to the Central government, that included Paharis as well. But Paharis were left out of the ST list and since then, they have actively pursued demands for reservation based on their similarity with the Gujjars, when it comes to lifestyle, topography and distinct language and other socio-cultural parameters on which Gujjars were chosen.

In fact, since the 1970s, the community has been raising its demands through various state-level civil society organisations like Jammu & Kashmir Pahari Cultural and Welfare Forum (JKPCWF), Jammu and 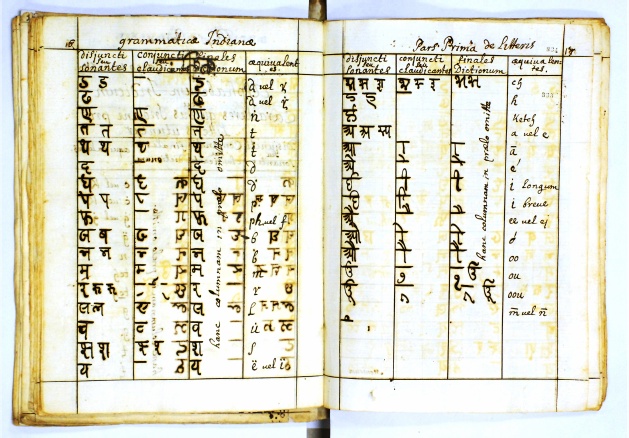 As a person who studies early modern vernaculars, I often hear the opinion that Hindi was created a little more than 200 years ago by the British. This view is nowadays shared by both Hindi and non-Hindi speakers. Those who resent the political role of Hindi in 20th century nationalism claim, as the title of an article by a Bengali author does, that “Hindi was devised by a Scottish linguist of the East India Company – it can never be India’s National Language”.

Similarly, one of the leading Hindi publishing houses, Vani Prakashan, states in its home page that Hindi, in its present form, is the language that is born in modern times”. In contrast, most 20th century scholars working under the ideas of the Indian freedom struggle underlined the continuity of modern Hindi with earlier literary idioms, such as Avadhi and Brajbhasha (though rarely with Hindustani). 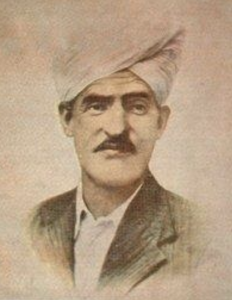 However, the clearest formulation of the idea of the birth of a new language is the one found in Sir

If the Anglophone Indians are derided as ‘Macaulay’s children’, then the Hindi speaking Indians can also be called ‘Gilchrist’s children’.

My late maternal grandmother – who had studied philosophy and biology in the 1940s Calcutta – had told me once during my boyhood, that Calcutta was the birthplace of the modern Hindi language: it was ‘invented’ by the British in Fort William, Calcutta.

I remembered my grandmother’s words when I read the news reports about the recently concluded ‘Hindi Divas’ day when the Union Home Minister Amit Shah pitched for Hindi as the national language of India.

This prompted me to consider and figure out why my maternal grandmother said what she did. I wanted to know about the ‘suppressed truths’ and understand the ‘secret history’ of Hindi.

Now I wish to share with you what I found; and have to begin by recalling few essential facts about the languages of India.

Scientific American magazine is widely recognized for its contributions to science and scientific publication. This reputation stems from the unique scope and longevity of the magazine (it’s been publishing continuously since 1845) and the diversity of its audience. It serves as a rare—even unique—meeting point for discourse between working scientists and the general public.

What’s perhaps more surprising is that Scientific American is also an influential force in nurturing the evolving lexicon of the English language. That’s not my opinion: it’s the opinion of the Oxford English Dictionary (OED), widely considered the most authoritative source for the meaning, usage and history of English words—and the magazine ranks impressively high in the sources the dictionary cites as examples.

As one would expect, the OED lists the King James Version of the Holy Bible in the top 100 most-cited sources for word usage. The Bible ranks 61st, with 4,521 quotations appearing in the dictionary’s pages. But Scientific American outranks the Holy Book; it’s the 35th most frequent source for English