Japanese whalers returned to port Thursday after an Antarctic hunt that killed more than 300 of the mammals, the government said. The fleet had set sail for the Southern Ocean in December, with plans to slaughter 333 minke whales, despite a worldwide moratorium and opposition led by Australia and New Zealand. Japan’s Fisheries Agency announced Thursday that the target number of “scientific research” kills had been achieved.

When I first went to Hiroshima in 1967, the shadow on the steps was still there. It was an almost perfect impression of a human being at ease: legs splayed, back bent, one hand by her side as she sat waiting for a bank to open. At a quarter past eight on the morning of August 6, 1945, she and her silhouette were burned into the granite. I stared at the shadow for an hour or more, then walked down to the river and met a man called Yukio, whose chest was still etched with the pattern of the shirt he was wearing when the atomic bomb was dropped.

He and his family still lived in a shack thrown up in the dust of an atomic desert. He described a huge flash over the city, “a bluish light, something like an electrical short”, after which wind blew like a tornado and black rain fell. “I was thrown on the ground and noticed only the stalks of my flowers were left. Everything was still and quiet, and when I got up, there were people naked, not saying anything. Some of them had no skin or hair. I was certain I was dead.” Nine years later, when I returned to look for him, he was dead from leukaemia.

In the immediate aftermath of the bomb, the allied occupation authorities banned all mention of radiation poisoning and insisted that people had been killed or injured only by the bomb’s blast. It was the first big lie. “No radioactivity in Hiroshima ruin” said the front page of the New York Times, a classic of disinformation and journalistic abdication, which the Australian reporter Wilfred Burchett put right with his scoop of the century. “I write this as a warning to the world,” reported

The Japanese government of Prime Minister Shinzo Abe is looking to exploit the COVID-19 pandemic to continue his drive to revise the country’s constitution to remove barriers to remilitarization and tear up democratic rights. On May 3, Constitution Day, Abe promoted this agenda in a speech to representatives of Nippon Kaigi, the right-wing extremist organization that is a major supporter of Japanese rearmament and militarism. However, the ruling Liberal Democratic Party (LDP) argues that this law could be found unconstitutional, making the proposed revisions necessary. If passed, the government could use a state of emergency to shut down political meetings with which it disagrees, including anti-war rallies. 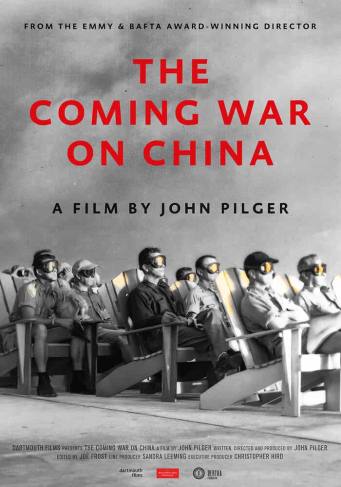 Public news network NHK is reporting that nine power companies in Japan have charged consumers approximately $90 million per year to cover fees paid to local municipalities, in order to convince them to host nuclear power plants. Although the practice has been occurring for decades, this is the first time that the full amount was revealed—and it does not cover political payments and other monies donated in secret. In 2012, the government changed its policy and said that power companies could no longer consider such payments to municipalities a valid expense in calculating electricity fees. However, so far only Kansai Electric and TEPCO have changed their fee calculation formulas.

As result of government indifference and inaction, Japan’s emergency medical system has collapsed as the number of COVID-19 cases continues to surge in the country.

The number of confirmed cases is now 12,368, while 321 have died. With widespread denial of testing to suspected patients, the real numbers are undoubtedly far higher.

The Health Ministry has warned that as many as 400,000 people could die if no preventative measures are taken. Japan lacks a sufficient quantity of Intensive Care Unit (ICU) beds, with an average of 5 per 100,000 people compared to 12 in Italy and 35 in the United States. This is a clear warning that deaths may skyrocket as seen in Italy.