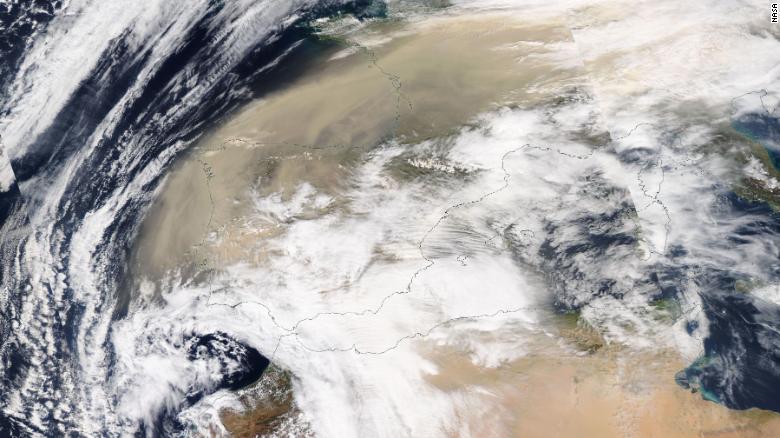 Blinded by what Barbara Tuchman calls “the bellicose frivolity of senile empires,” we are marching ominously towards war with Russia. How else might we explain Secretary of Defense Lloyd Austin’s public declaration that the US goal is to “weaken Russia” and Joe Biden’s request for another $33 billion in “emergency” military and economic aid (half of what Russia spent on its military in 2021) for Ukraine?

The same cabal of generals and politicians that drained the state of trillions of dollars in the debacles in Afghanistan, Iraq, Syria, Libya, and Somalia and learned nothing from the nightmare of Vietnam, revel in the illusion of their omnipotence. They have no interest in a diplomatic solution. There are billions in profits to be made in arms sales. There is political posturing to be done. There are generals itching to pull the trigger. Why have all these high-priced and technologically advanced weapons systems if you can’t use them? Why not show the world this time around that the US still dominates the globe?

The masters of war require an enemy. When an enemy cannot be found, as George Orwell understood in Nineteen Eighty-Four, an enemy is manufactured. That enemy can become an ally overnight – we allied ourselves with Iran in the Middle East to fight the Taliban and later the Caliphate – before instantly reinstated Iran as the incarnation of evil. The enemy is not about logic or geopolitical necessity. It is about stoking the fear and hatred that fuels perpetual war.

In 1989, I covered the revolutions that toppled the communist dictatorships in Central and Eastern Europe. President Mikhail Gorbachev, like his successor Boris Yeltsin and Vladimir Putin in the early stages of his rule, hoped to integrate Russia into the western alliance. But the war industry places profits before national defense. It needed an antagonistic Russia to push the expansion of NATO beyond the borders of a unified Germany in violation of a promise made to Moscow. There were billions of dollars to be made from a Russian enemy, as there are billions more to be made from the proxy war in Ukraine. There would be no “peace dividend” at the end of the Cold War. The war industry was

Ukrainian President Volodymyr Zelensky has framed his country’s war against Russia as a battle for democracy itself. In a carefully choreographed address to US Congress on March 16, Zelensky stated, “Right now, the destiny of our country is being decided. The destiny of our people, whether Ukrainians will be free, whether they will be able to preserve their democracy.”

US corporate media has responded by showering Zelensky with fawning press, driving a campaign for his nomination for the Nobel Peace Prize and inspiring a flamboyant musical tribute to himself and the Ukrainian military during the 2022 Grammy awards ceremony on April 3.

Western media has looked the other way, however, as Zelensky and top officials in his administration have sanctioned a campaign of kidnapping, torture, and assassination of local Ukrainian lawmakers accused of collaborating with Russia. Several mayors and other Ukrainian officials have been killed since the outbreak of war, many reportedly by Ukrainian state agents after engaging in de-escalation talks with Russia.

“There is one less traitor in Ukraine,” Internal Affairs Ministry advisor Anton Geraschenko stated in endorsement of the murder of a Ukrainian mayor accused of collaborating with

The British Foreign Office fought to restore Geórgios II, explicitly citing his anti-left credentials. Working with Cyprus’s fascist battalion X, the Brits set up a new army unit, the Hellenic Raiding Force, to hunt and kill ELAS members. The Syntagma Square demonstrations in 1944 against the British and fascists ended in a massacre of 25 protestors, including a young child. A year later at the Yalta/Crimea Conference, Stalin agreed to allow Britain and the US to occupy Greece in exchange for Bulgaria and Romania. In 1947, Britain asked the US for support to purge leftist ideologies from the Greek public’s mind.

It is now clear that today’s escalation of the New Cold War was planned over a year ago. America’s plan to block Nord Stream 2 was really part of its strategy to block Western Europe (“NATO”) from seeking prosperity by mutual trade and investment with China and Russia.

As President Biden and U.S. national-security reports announced, China was seen as the major enemy. This despite China’s helpful role in enabling corporate America to drive down labor’s wage rates by de-industrializing the U.S. economy in favor of Chinese industrialization, China’s growth was recognized as posing the Ultimate Terror: prosperity through socialism. Socialist industrialization always has been perceived to be the great enemy of the rentier economy that has taken over most nations in the century since World War I ended, and especially since the 1980s. The result today is a clash of economic systems – socialist industrialization vs. neoliberal finance capitalism.

That makes the New Cold War against China an implicit opening act of what threatens to be a long-drawn-out World War III. The U.S. strategy is to pry away China’s most likely economic allies, especially Russia, Central Asia, South Asia and East Asia. The question was, where to start the carve-up and isolation.

Russia was seen as presenting the greatest opportunity to begin isolating, both from China and from the NATO Eurozone. A sequence of increasingly severe – and hopefully fatal –

Since the US-engineered 2013-14 coup in Ukraine, American forces have taught Ukrainians, including neo-Nazi units, how to fight in urban and other civilian areas. Weaponizing Ukraine is part of Washington’s quest for what the Pentagon calls “full spectrum dominance.”

“[I]f you can learn all modalities of war, then you can be the god of war,” so said a Ukrainian artillery commander in 2016 while receiving training from the US Army.

The unnamed commander was quoted by Lt. Claire Vanderberg, a mortar platoon leader training soldiers as part of the Pentagon’s Joint Multinational Training Group-Ukraine. The training has taken place at the absurdly named International Peacekeeping and Security Center, which sits close to the border with Poland near the Ukrainian town of Yavoriv. Western media reported Russia’s recent cruise missile attack on the base, but chose not to mention what has taken place inside.

The relationship described above is a snapshot of a decades-long US-NATO effort to not only pull Ukraine from Russia’s orbit, but to actively weaponize the country against

Vladimir Putin did not arrive from outer space on an abalone shell.

Putin went from the virtually unknown Deputy Mayor of Saint Petersburg to Russia’s President and potentate by winning a weird competition organized by Russian billionaire Boris Berezovsky who sought a “Russian Pinochet” to succeed Boris Yeltsin as President.

The competition, dubbed “Operation Successor,” went so far as to send Russia’s “Larry King,” Mikhail Leontyev, to interview General Pinochet for Russian TV while Pinochet was under indictment in Chile on murder charges. Russians were treated to the old dictator’s advice on choosing a leader who could imitate Pinochet’s “strong hand,” a police state, while promoting a hyper-capitalist economy.

And Putin fit the Pinochet profile.

To understand how Russia became, in effect, a military-corporate dictatorship, we have to go back to the 1990s when the former USSR, after the Wall fell, went along with the

Thirty years ago the current conflict with Russia was foretold and feared. George Kennan, James Baker, Senator Edward Kennedy, Senator Sam Nunn, and Thomas Friedman, among others, all warned in the 1990s of a new Cold War if NATO was expanded without including Russia.

In order to understand what’s going on in Ukraine from Vladimir Putin’s point of view, you have to go back to 1990 when the Soviet Union was collapsing. Talks were proceeding about the pending unification of Germany, which the Soviets could have vetoed.

There is no question that the U.S. and NATO — President George Bush and Secretary of State James A. Baker — made a deal in early February 1990 with Soviet President Mikhail Gorbachev and Foreign Minister Eduard Shevardnadze.

According to documents declassified in 2017, the deal essentially was that the Soviets would allow German unification with the written “ironclad guarantees”, that NATO would not

The outbreak of full-fledged war with the Russian invasion of Ukraine marks a deep turning point in the world order. As such it cannot be ignored by the geographers assembled (alas by zoom) at our annual meeting, I therefore offer some non-expert comments as a basis for discussion.

There is myth that the world has been at peace since 1945 and that the world order constructed under the hegemony of the United States has largely worked to contain the war-like proclivities of capitalist states in competition with each other. The inter-state competition in Europe that produced two world wars has largely been contained, and West Germany and Japan were peaceably re-incorporated into the capitalist world system after 1945 (in part to combat the threat of Soviet communism). Institutions of collaboration were set up in Europe (the common market, the European Union, NATO, the euro). Meanwhile, “hot” wars (both civil and inter-state) have been waged in abundance since 1945, beginning with the Korean and Vietnam wars followed by the Yugoslav wars and the NATO bombing of Serbia, two wars against Iraq (one of which was justified by patent lies by the US about Iraq’s possession of weapons of mass destruction), the wars in Yemen, Libya and Syria.

Up until 1991, the Cold War provided a fairly constant background to the functioning of the world order. It was often manipulated to their economic advantage by those US

Today we face an avoidable crisis that was predictable, actually predicted, willfully precipitated, but easily resolved by the application of common sense.

We are being told each day that war may be imminent in Ukraine. Russian troops, we are told, are massing at Ukraine’s borders and could attack at any time. American citizens are being advised to leave Ukraine and dependents of the American Embassy staff are being evacuated. Meanwhile, the Ukrainian president has advised against panic and made clear that he does not consider a Russian invasion imminent. Vladimir Putin, the Russian president, has denied that he has any intention of invading Ukraine. His demand is that the process of adding new members to NATO cease and that in particular, Russia has assurance that Ukraine and Georgia will never be members. President Biden has refused to give such assurance but made clear his willingness to continue discussing questions of strategic stability in Europe. Meanwhile, the Ukrainian government has made clear it has no intention of implementing the agreement reached in 2015 for reuniting the Donbas provinces into Ukraine with a large degree of local autonomy—an agreement with Russia, France and Germany which the United States endorsed.

Maybe I am wrong—tragically wrong—but I cannot dismiss the suspicion that we are witnessing an elaborate charade, grossly magnified by prominent elements of the American media,